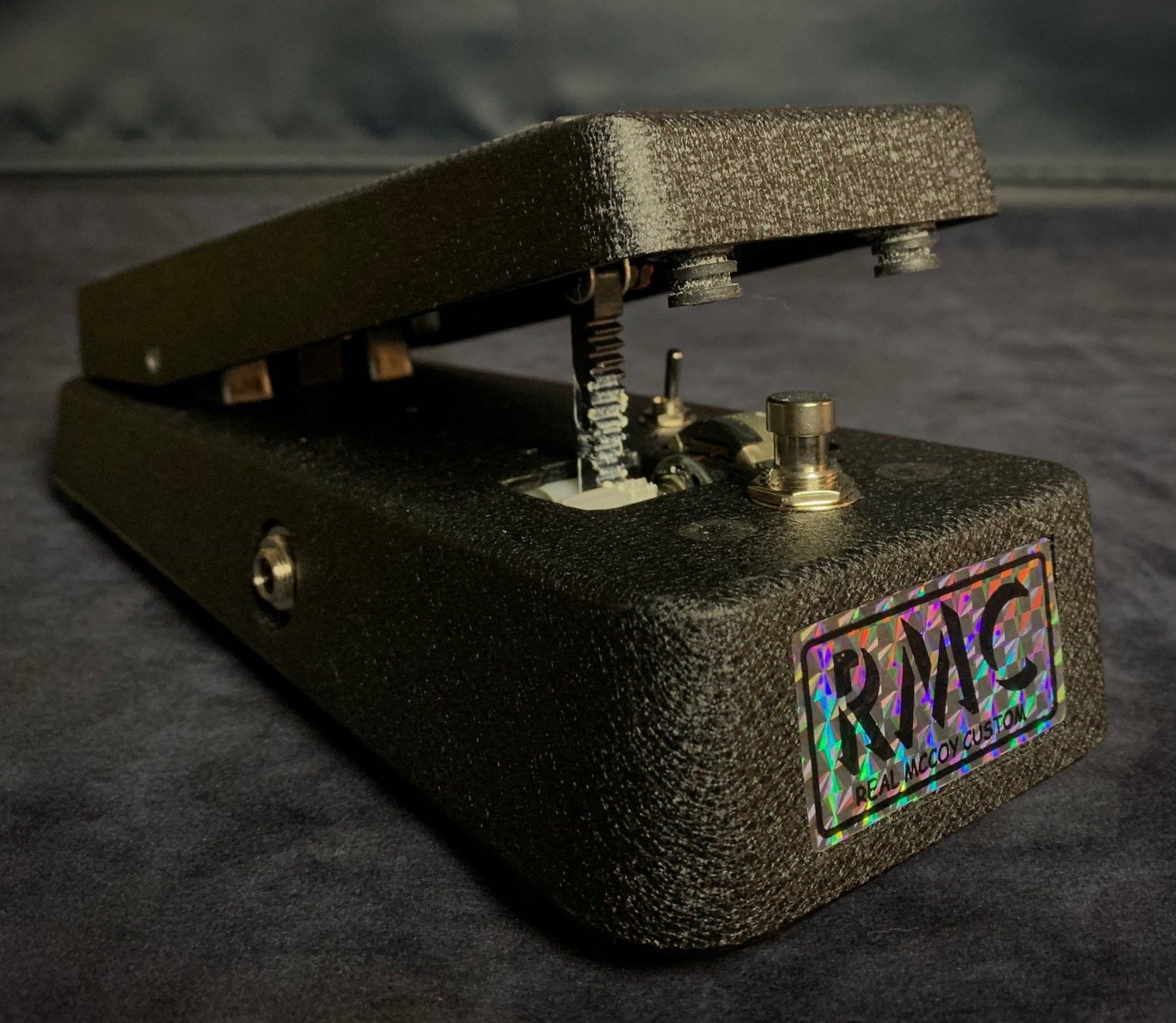 Around twenty-six years ago I was busy repairing original Italian and English wah-wah pedals, shortly after the V-847 was released and the old broken stuff started coming out of closets around the world. Every single wah-wah pedal that I touched I metered and then logged into a database.

Back in July of 2001, REAL MCCOY CUSTOM released our version of a blueprinted vintage Italian Picture Wah. Now, 18 years later, RMC is proud to release the latest version of the RMC4/PICTURE WAH, housed in a standard sized black case.

The standard build you'll find in a black case Picture Wah in a shop is fuzz-friendly PRECISION FWR. The other levels are available by direct order.

The REAL MCCOY PICTURE WAH is developed and built by me, Geoffrey Teese, and includes fuzz-friendly technology (as of October 2006), true-bypass, easily adjustable rocker tension (as of October 2006), and AC adapter jack, and is covered by our limited one year warranty.  And, yes, that is my picture (July 2001).

You can see and hear the chrome topped PICTURE WAH on the DVD "Santana - Live At Montreaux 2011". The circuit inside Carlos' wah is PRECISION FWR.