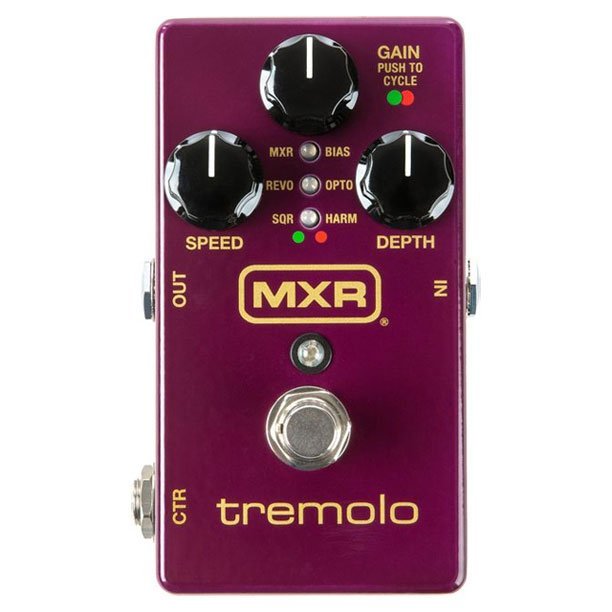 This return of the tremolo effect to the MXR line combines a full historical range of masterfully tuned tremolo styles with a host of features to satisfy the performance needs of today’s discerning players.

Getting incredible sounds from the MXR Tremolo right out of the box is simple. Speed, Gain, and Depth controls set the rate, volume, and intensity of the selected tremolo effect, and cycling through the six styles is as simple as pushing the Gain knob. For advanced technicians of tone, a bevy of features await: Run the pedal in Stereo Input or Output modes using an MXR TRS Cable or TRS Splitter Cable, use an M199 MXR Tap Tempo Switch to set the rate of the effect, use an expression pedal such as the DVP3 Volume (X)™ Pedal to blend between to different setting configurations, use envelope mode for a touch-sensitive tremolo response, and more.

These and other features come in a single MXR housing so that you can put a wide variety of intriguing, well-crafted tremolo waveforms on your board with no overcrowding.