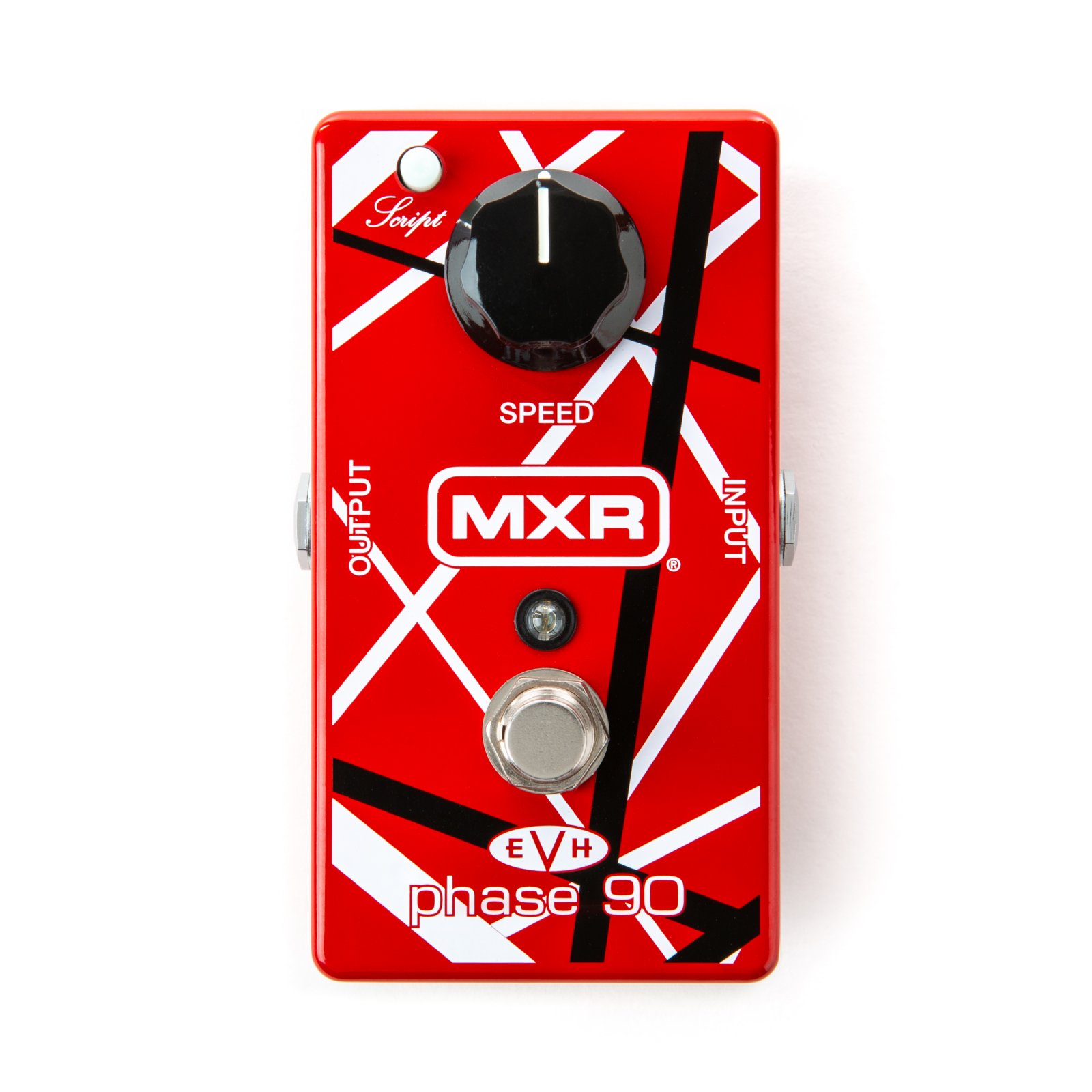 The Classic Phase 90 with a Touch of Van Halen!

The MXR Eddie Van Halen Phase 90 pays its tribute to the legendary guitarist who first rocked our ears on his debut album in 1978! Now, more than 25 years later, the guitar work on that album still inspires and amazes young guitarists everywhere - and a huge part of that signature tone is due to Eddie's MXR Phase 90. Giving you the same trance-inducing warbles and sonic swirls that made the Phase 90 the famous pedal it is today, Eddie collaborated with Dunlop to update this Phase 90, delivering even more tonal possibilities that Eddie himself is proud of. A new Script switch lets you toggle between a vintage "Script Logo" phase tone, and more in-your-face "Block Logo" phaser. With a new blue LED light and wearing the signature red, white, and black stripes from Eddie's legendary Frankenstein guitar, this MXR EVH Phase 90 is ready rock!

The MXR EVH Phase 90 - a classic pedal, with an epic rocker's twist!