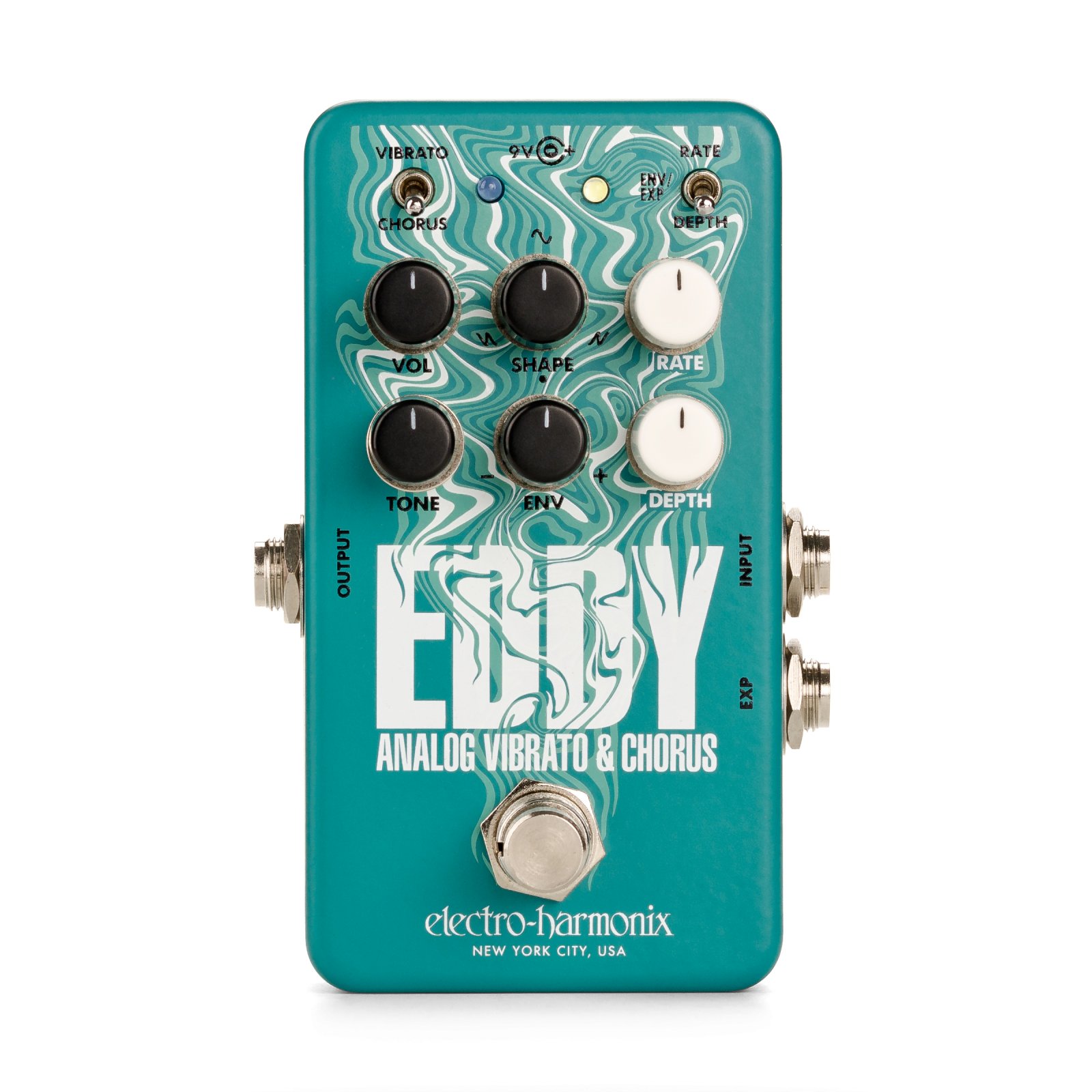 No one does bucket-brigade effects like Electro-Harmonix and with the Eddy you get lush EHX vibrato and chorus in a compact, pedalboard friendly package with unique control options.

The Eddy gives you envelope and expression pedal control over modulation rate and depth. That means you can control either with your playing dynamics. Plus, if you plug in an EXP pedal, you can use it to control the rate or depth at the same time.

The Eddy also features LFO shape warping which can transform the shape of the modulation from a standard sine wave to something totally asymmetric. Plus, the pedal’s tone control lets you make the sound brighter or darker.

EHX Founder, Mike Matthews, says: “EHX’s long history in creating bucket-brigade based pedals goes all the way back to the Electric Mistress Flanger, the Memory Man Analog Delay and the Clone Theory Chorus/Vibrato. The new Eddy springboards off that rich heritage and adds modern control to classic sounds.”

• Bucket-brigade based vibrato and chorus with an all analog signal path
• Envelope and EXP pedal control over modulation rate and depth expand the versatility of the Eddy’s classic sounds
• LFO shape warping can take the modulation shape from standard to totally asymmetric
• Tone knob lets you tweak the tonality of the effect
• Pedalboard friendly footprint, but a full complement of controls
• White status LED plus a blue strobing LED to display the modulation rate and shape
• Comes with a standard EHX 9.6DC200mA power supply