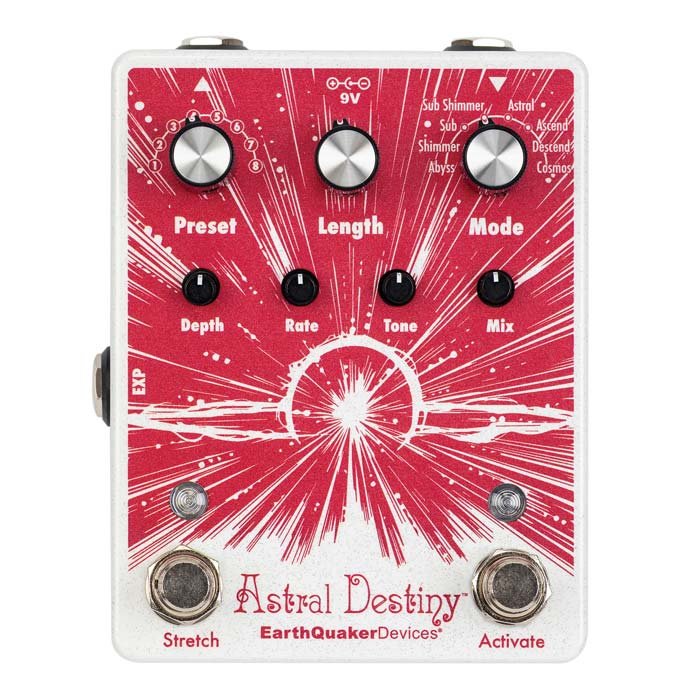 The Astral Destiny is a compact and powerful modulated octave reverb pedal that features 8 reverb modes with 8 editable presets, assignable expression control, tails for natural reverb decay when the effect is bypassed and a super cool stretch feature that doubles the length of the reverb while adding an adjustable pitch bending effect. Each Astral Destiny is built one at a time by a team of Los Angeles-based robots and a handful of real life humans in the occupied Erie territory presently known as Akron, Ohio.