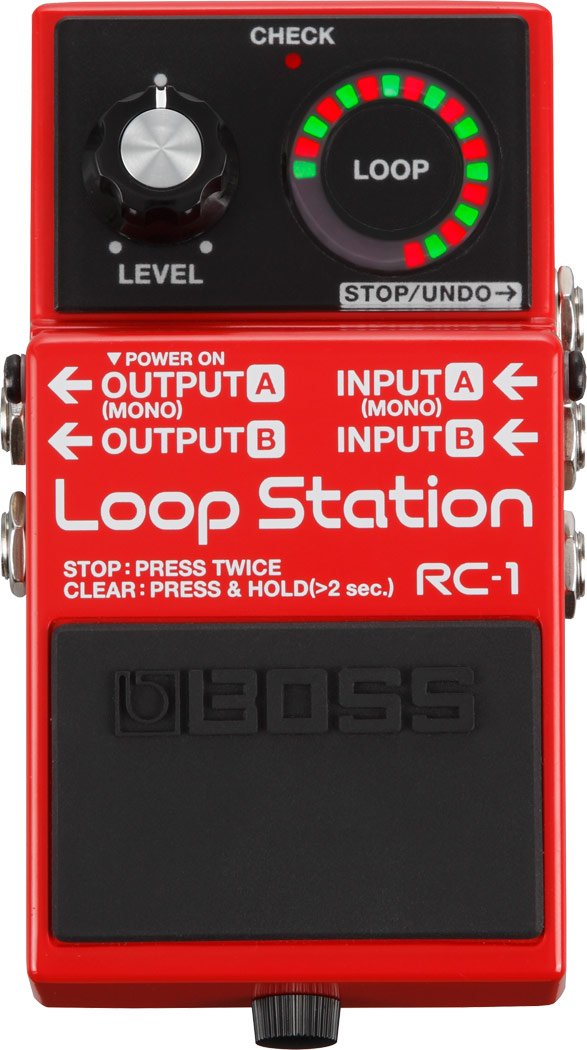 The BOSS RC-1 Loop Station's simple format gives you up to 12 minutes of a single loop to add interest and depth to your music. With mono and stereo connectivity, it gives you the flexibility you need to make full use of your stereo effects pedals and amplifiers, as well as synths and other instruments. A 24-segment LED indicator changes colors and rotation speeds depending on the status and mode you've got the pedal working in, so you'll never have to guess where you're at in the music. Looping novices and pro players at Sweetwater agree, the BOSS RC-1 Loop Station is one of the easiest looper pedals you'll ever use!

LOOK NO FURTHER. THE ANSWER FOR LOOPING IS BOSS!

The BOSS RC-1 is our simplest and most user-friendly Loop Station ever, and it’s a ton of fun! Since the RC-20 Loop Station was first released in 2001, BOSS has led the way by continually releasing new looping products. Though they’ve been used and enjoyed by various looping artists and performers, BOSS still pursued an easier and more affordable solution. The RC-1 is a straightforward looper that is easy to operate. Experience the fun of looping when you record, playback, overdub, and undo or redo loops using this compact BOSS stompbox. And of course, the RC-1 retains the BOSS quality and performance that musicians around the world have come to expect and rely on.

On the top panel, there is a new and innovative loop indicator, which consists of a 24-segment LED laid out in a circular pattern. You can quickly and easily determine the current status of the Rec/Overdub/Play modes. With a maximum 12 minutes of stereo recording time, the RC-1 is capable of capturing any extended performance that you can create or imagine! The stereo in/out jacks can be used with stereo effects and amplifiers. Additionally, they allow you to connect stereo instruments, such as synthesizers. Other convenient features include battery and AC power, as well as flexible external footswitching capabilities. The RC-1 is an especially great partner to start enjoying looping!