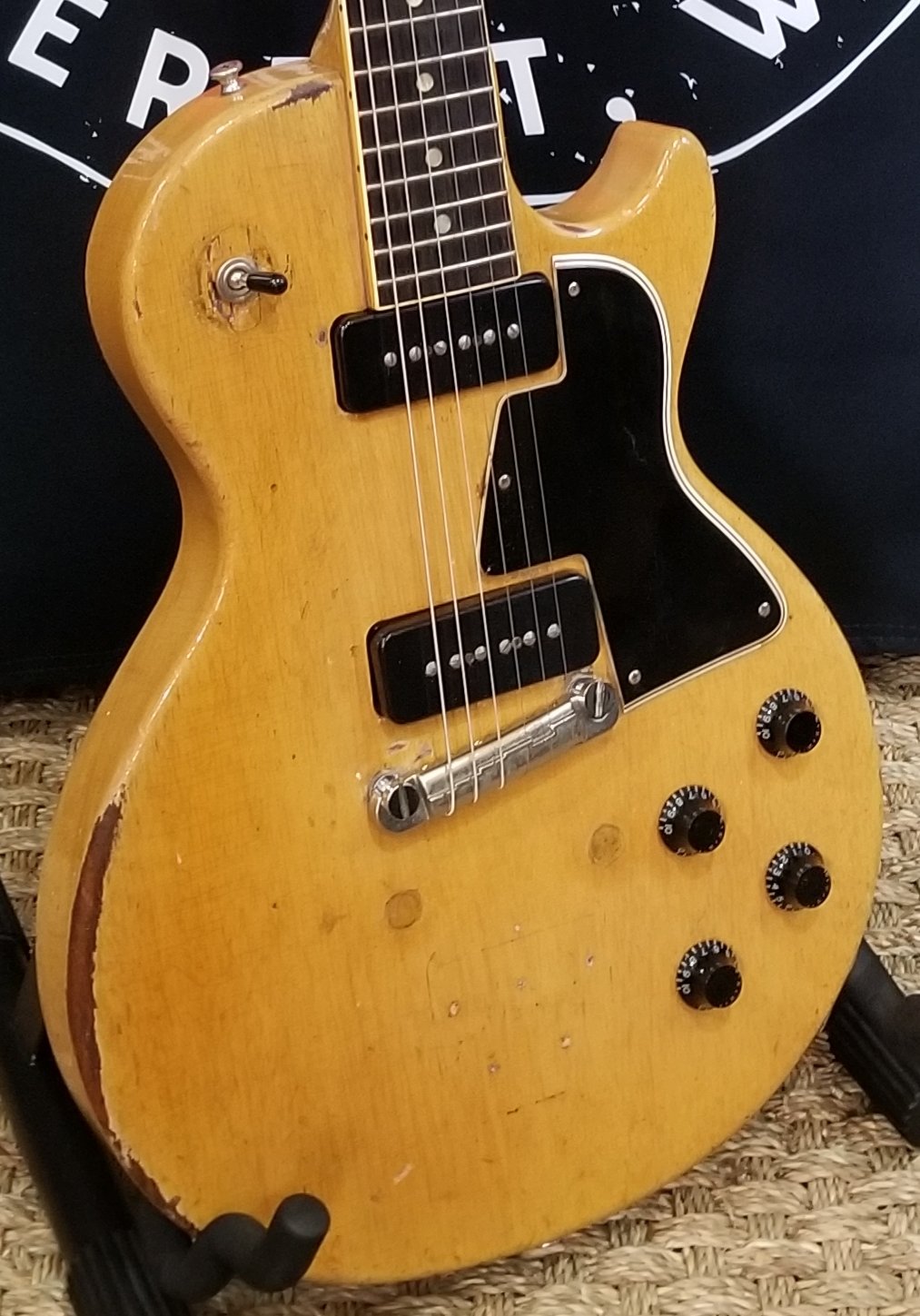 1955 Gibson Les Paul Special TV single cut.. This is an excellent players vintage guitar with a fantastic neck and a super resonant body. The area around the selector switch has been repaired and is rock solid.Duncan antiquity pickups and a new harness have been installed. The body had a tailpiece added at some time. It has been removed and mahogany dowels were used to plug the wholes. The finish, pickguard, truss rod cover, back plates and strap buttons are original. The tuners are old Klusons but not original to the guitar. There are a bunch of signatures on the back of the body that have mostly faded and worn off but you can still see a bunch of them.